by Scott Rhodes
in Sports Betting
0

Regular season football is great. But no football game day comes close to the Super Bowl. More than 100 million Americans watch the game on their television sets, smartphones, and desktop computers.

It doesn’t matter. What needs to matter, though, is the type of bet you place. Below is a list of some of the easiest SB bets:

Leading sportsbooks in the country are already accepting bets on Super Bowl LVII winners even though the event will take place in February next year at the Farm Stadium in Arizona.

The Buffalo Bills, at +400 odds, have the best odds of lifting the Lombardi trophy. Kansas City (+650) ranks second, while Tampa Bay is third at +700 odds. The Rams follow at a distance with +1400 odds, a tie with the Packers.

Do you think you can predict the Super Bowl winners at this stage of the season? Then, shop around for Super Bowl odds and place your bet. Remember that the odds will fluctuate with time, and they may reduce as the contenders become apparent.

That said, take time before you pick a Super Bowl winner. Being the early weeks of the 2022 season, many bookmakers are basing their odds for the SB on team power rankings and preseason performances.

The Super Bowl contenders will become clear towards the end of the regular season. After that, the odds might have reduced for the teams qualified to participate in the playoffs. But you will have better chances of winning then versus today.

A point spread is a type of bet that challenges you to not only predict the match winner but also the margin of victory. Assuming the Buffalo Bills make it to the 2023 SB in a game against Green Bay Packers. 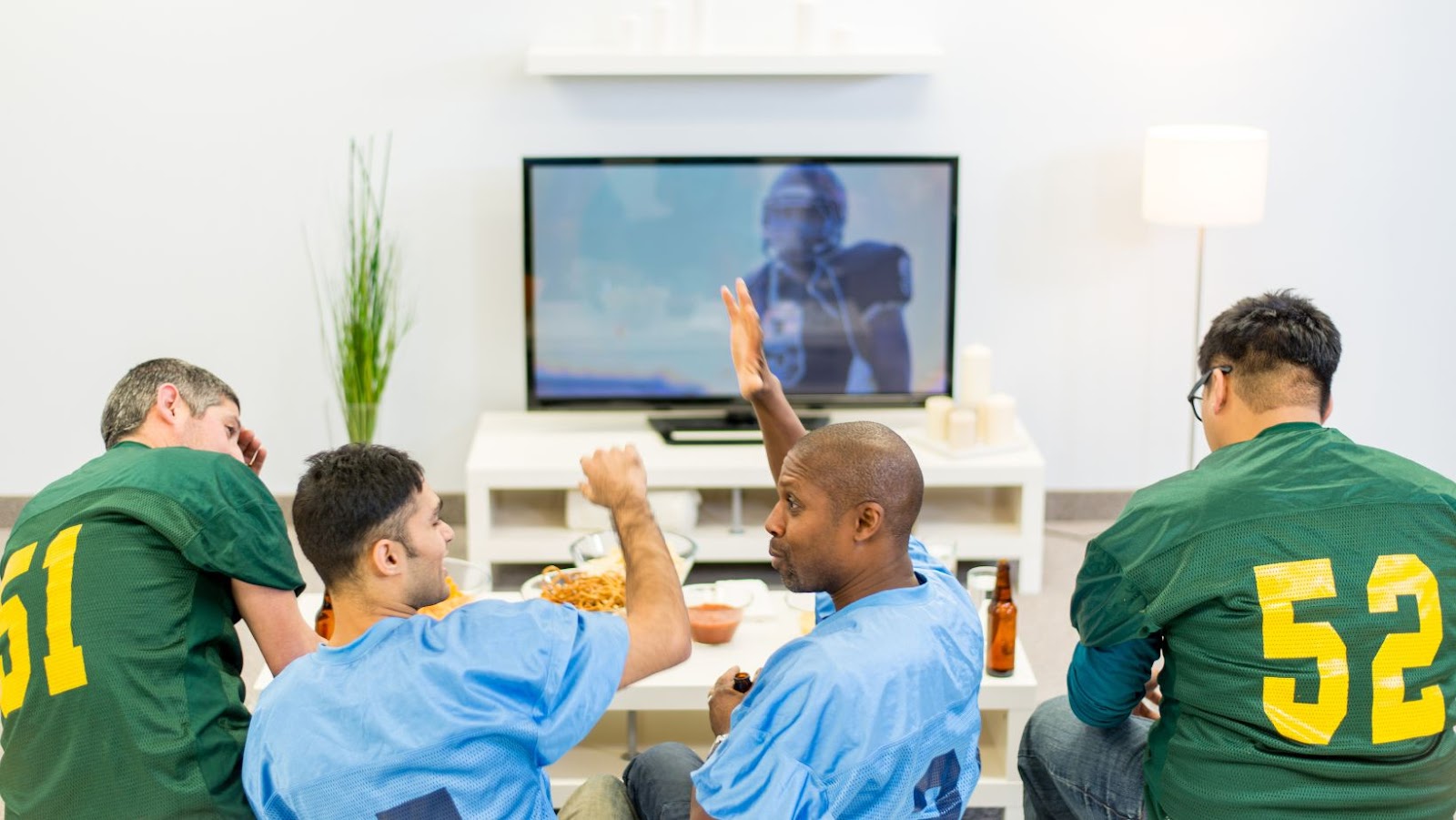 You could study the match and find out Green Bay has better chances of winning. However, oddsmakers are tipping them to win at -120 compared to Buffalo’s +115.

Spread bets offer more money. But as mentioned, you have to put into consideration the margin of victory. In our case, you could place a point spread bet where the Packers are tipped to win by 7+ points.

A totals bet is a great way to make money without caring about the match winner. The focus here is on the number of points in a match. In other words, your objective is to predict whether a SB will involve a lot of offense or defense.

If both teams in the Super Bowl are offense-oriented, then you want to place a high-scoring totals bet. Let’s say the Ravens are meeting the Steelers. Both teams have been averaging 18 points scored and 12 points conceded. Here, an OV25 points totals bet would be great.

But assuming these teams have the best defenses in the league and have been conceding less than points on average, you could make decent cash with an UN20 bet.

No football match attracts more prop bets than the super bowl. You can bet on just about anything in the match, from the first player to score a touchdown to the result of the coin toss.

Prop bets have impressive odds most of the time. But they are difficult to predict. Imagine predicting the coin toss. It’s a 50/50 bet. You could do some research to predict the first touchdown scorer. But it is easier said than done.

The bottom line: Prop bets are best done as side bets. You know, place a money line or spread bet. And if you have some cash left, you could have fun with any of the prop bets mentioned below:

In this age of live betting, you can place super bowl bets after the game has begun. Why would anyone do this? The odds change constantly during a football game. 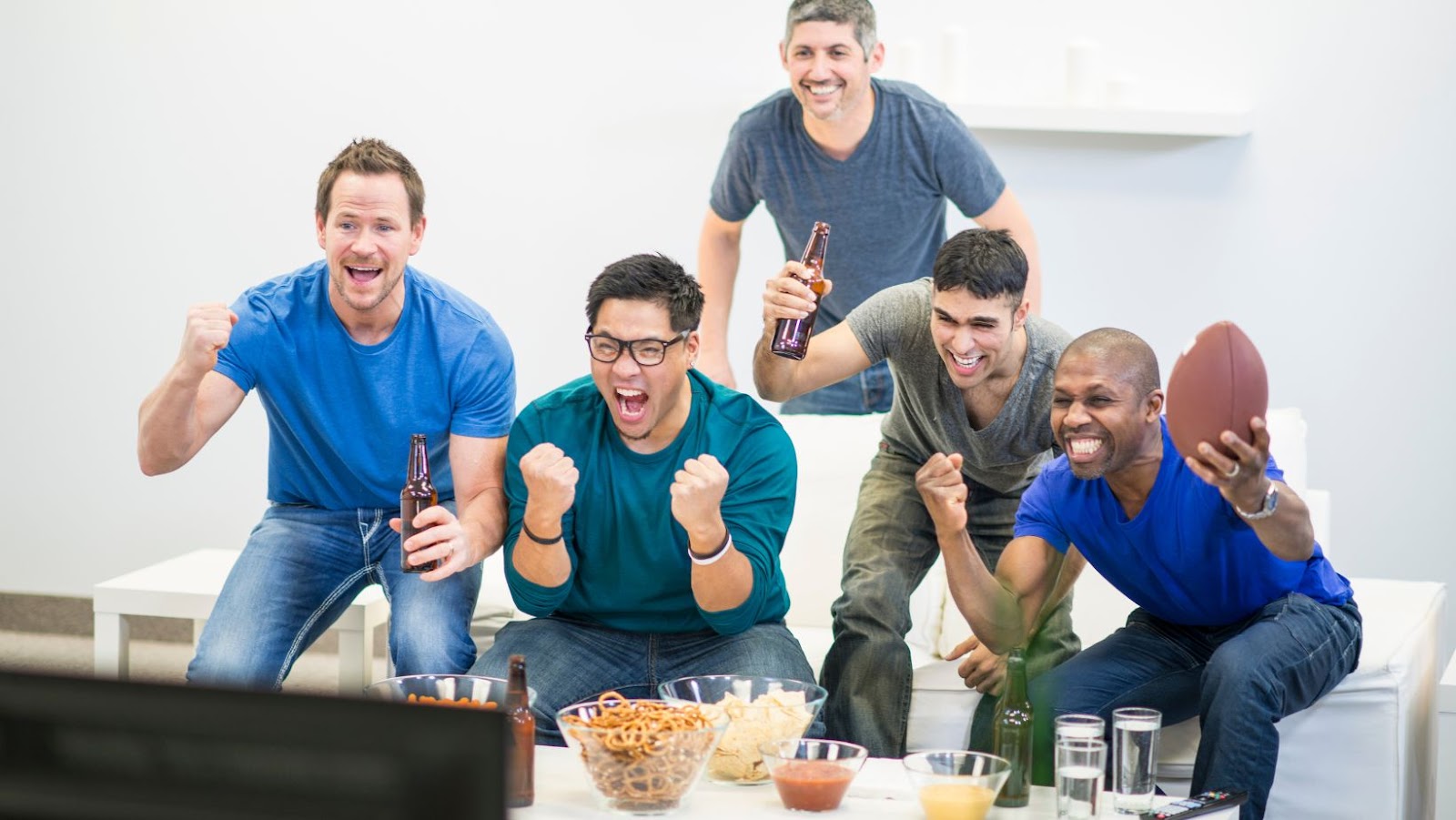 Every touchdown and field goal leads to different odds for the winner. This means you must be watching the game to make correct predictions. The best way to maximize your profits from live betting is to place your bets while the point difference is still slim.

Once a team takes the lead and extends it significantly, its chances of winning increases, but your odds of making money from the game reduces. As such, it’s up to you to identify the stronger side while scoresheet is still tight and back it with a bet.

Halftime betting is often confused with bets related to the super bowl’s halftime show. Halftime betting allows you to predict what will happen during the second half of a football match.

In relation to the super bowl, you get to watch the first half. And while artists are performing during the halftime show, you focus on predicting what will happen in the final half.

As you would expect, the odds aren’t as attractive as the odds given before the match starts. However, you can focus on spread bets to increase your potential profits.

With the super bowl a few months away, the only available bet related to the big event is a future bet. The odds are already out, with the Buffalo Bills leading as the favorites.

If you think it’s too early to bet on the super bowl, try some of the football bets outlined above in regular season NFL games. By the time SB LVII takes place, you’ll be experienced and ready to wager on the match.

In recent years, we are beginning to see more Finnish personalities in sports, and it is also allowing sports betting...

With the technological advances of recent years, it's no wonder that more and more people are choosing to do their...

Sports betting can be a great way to make some extra money, but it can also be a major source...

It's nearly impossible to watch a sporting event these days without being bombarded with commercials for online sports betting with...

Have you been itching to play online slots and casino games such as Play'n Go? Don't worry! This guide will give...